What Is ‘Community’ And Why Does It Matter?

There’s so much talk of workplace communities–but what actually are they and why do they matter? This is the first post of a 7-part series in which we’ll guide you through what a community is (and is not), and why it’s important to you and your company to build a solid community.

So, we could put it this way: thriving, flourishing, and success are all indelibly linked to community.

Even though we all hear a lot about communities and the importance of them, people sometimes fall into the trap of paying lip-service to the concept of a community without taking the time and energy to really build and care for one—indeed, maybe they don’t really know what a community even is! 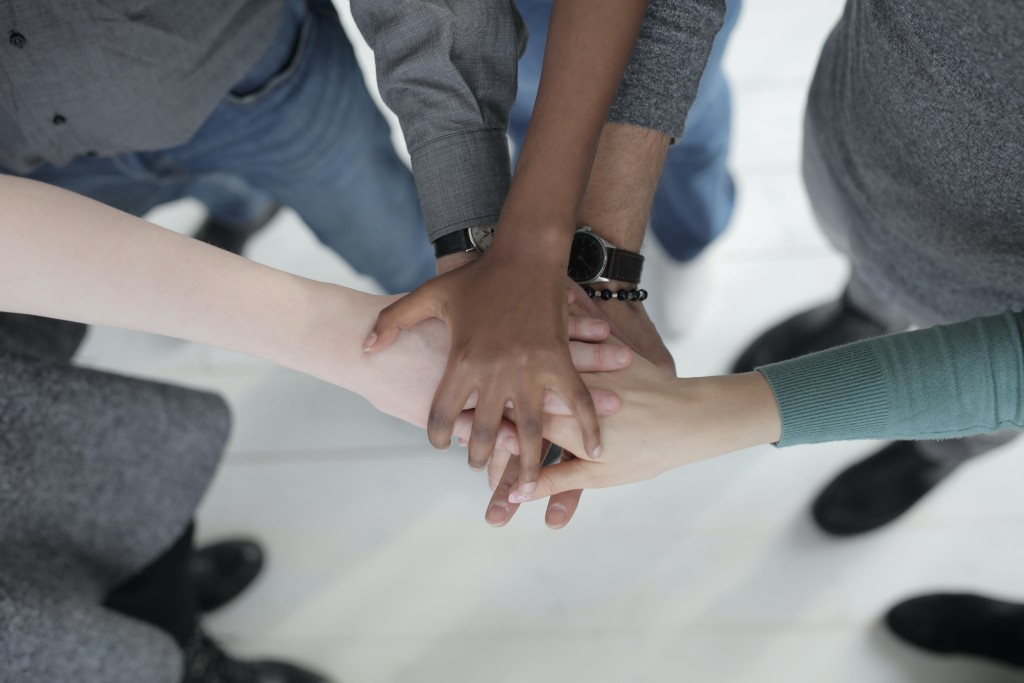 Is all this talk about “community” just a fleeting phase?

For centuries, leaders have understood that a genuine thriving community is a catalyst for success.  The Art of War, an ancient book of Chinese military strategy dating back to the 5th century BC which has recently gained prominence in entrepreneurial and business circles, describes victories as something that comes naturally when all individuals are “animated by the same spirit”.

Likewise, religious leaders, emperors, and politicians have often made use of the sheer strength of a solidly-formed and cohesive community: they have wielded the power of community to build (or sometimes, to tear down) cities and empires. Many influential artists also write about the strengths of a community, and their artistic creations resonate with the masses. It’s why the Beatles’ song “Come Together”, when released as the opening track on their 1969 album, quickly rose to the top of the charts in both the USA and the UK. It’s almost as if we intrinsically know the power of community, and we want to latch onto it.

We are also seeing an increasing focus on “community” in more microscopic ways, like the many supportive neighbourhood community groups that have taken shape during the COVID-19 pandemic to address community problems. There’s also an ever-increasing formation of many minority communities, like LGBTQ+ communities, minority ethnic communities, and so forth. And a “community experience” is something that businesses and educational institutions now highlight as something they offer their employees, students, and customers alike.

Whether it is through checking the best work cultures on Glassdoor, or factoring in the strength of an alumni network when choosing your business school, individuals are drawn to one institution over another due to the community support and benefits that it offers them.

All of these examples are testaments to the fact that people who really succeed do so because of a community. We can think of the catchphrase “it’s not what you know, it’s who you know.” We’re not undermining what you know, but who you know–that is, who you’re connected to through a community–really does matter. The fact that being a part of a community leads to genuine and concrete value is truly an age-old piece of wisdom, and it’s not going to change anytime soon! 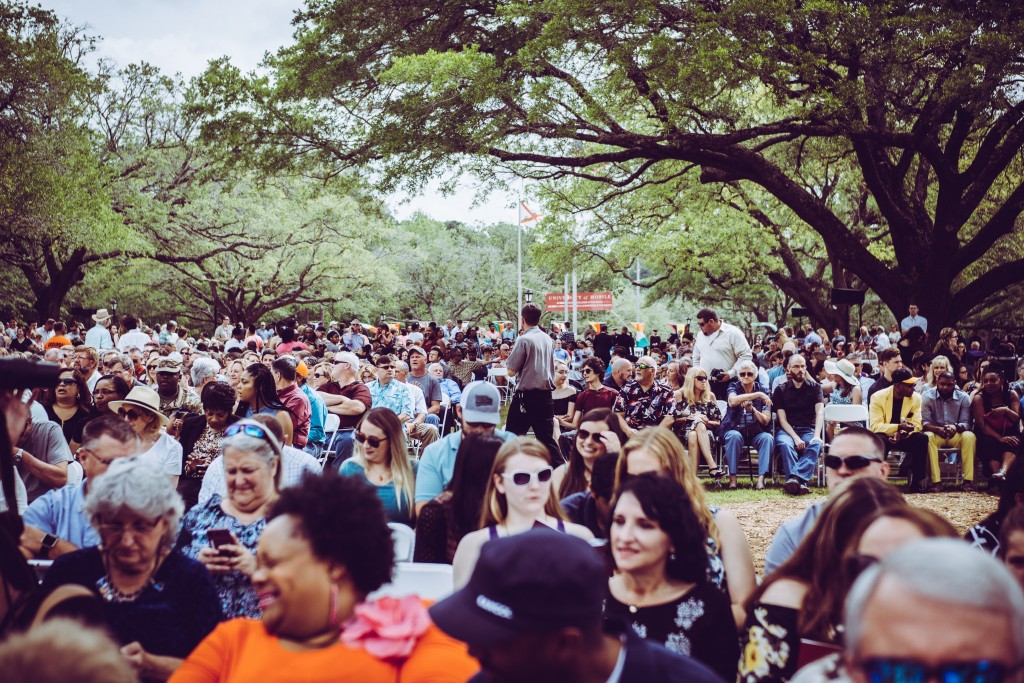 What exactly is a community?

In the midst of this widespread focus on community across all sectors of life, it’s important that we really understand (and are implementing!) what it means to be a community, rather than just paying lip-service to the concept.

Firstly, a community is more than a group of people. You might be familiar with the age-old maxim “there’s strength in numbers.” This saying is often used to convey the power of a community. But anyone who has been in an over-crowded supermarket, or a maxed-out train carriage, knows without a doubt that strength doesn’t come from sheer numbers alone; strength only comes when the individuals involved decide to intentionally work together towards a common goal. Strength comes from intention, connection, and active engagement.

Let’s say that you have one hundred (or even one million) individuals signed onto your mailing list. That’s a lot of people, but if they aren’t actively engaging with (including both ‘taking from’ and ‘giving to’) others in that network, we’re sorry to say, but you don’t actually have a community just yet. You definitely have the potential of a community, but without a cohesive whole and multiple ways-of-engaging with others, all you have is a group. And a mere group is not all that powerful, nor is it a driving force towards success.

We want to make this very clear: a group of people who work for the same company and who all receive the same company newsletter do not instantaneously become a community. A group only becomes a community when people choose to engage with it beyond themselves and for the betterment of others in the community. Because engagement is so central to a community, it’s important for community leaders to create the structural components for the community members to operate within.

Just think for a moment about physical infrastructure. If a city builds a good network of roads, citizens are more likely to drive along them, going from one place to another, and meeting other people along the way. Infrastructure enables individual movement, but also connection. Likewise, good communities are ones that are strategically built so that individuals will want to actively participate within it. To allow for this, you have to build a community infrastructure that is human-centric, not organization-centric.  Human-centered details are truly the driving force which allow for meaningful alumni relationships to form and flourish within a community.

In order to create a human-centered infrastructure, you have to make a space where people can engage and connect. We mean connection in the way that leading public figures like Brené Brown speak of connection: connection is when people “feel seen, heard, and valued; when they can give and receive without judgment; and when they derive sustenance and strength from the relationship.” 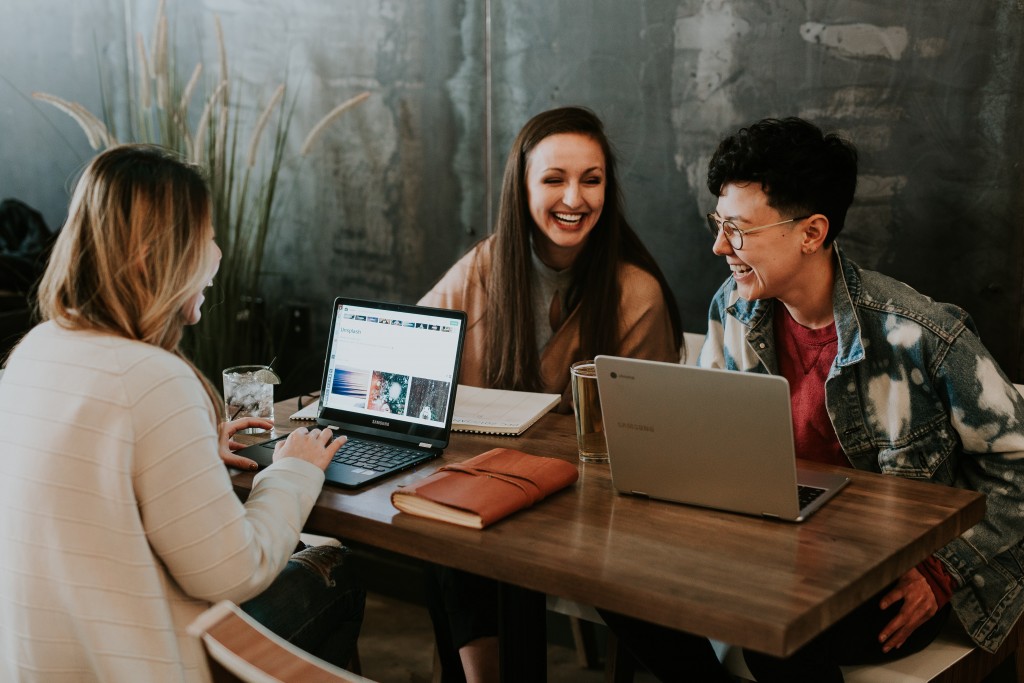 Why is a community important to me?

It’s sometimes easier to see the merits of a community in our social circles or relational lives outside of the workplace, but community is also vitally important in the workplace.

If you want your company and the people in it to succeed (or to deepen/expand the current success) then community is important for you. And it’s well-worth your time and effort to focus on building a community that people (employees, alumni, customers, etc.) will want to be a part of. Recall the thriving, flourishing, and success mentioned in the opening paragraphs? That comes from genuine community.

Aluminati works with a range of organisations spanning top universities, professional membership networks and businesses. We provide them with tools and platforms, as well as curated advice, in order to build a community that is specific to their workplace needs and which engages their members. The particular benefits that come from building a community will change depending on who you are.

For universities, community leads to attracting high-caliber students and retaining alumni as invested members (mentors, sponsors, recruiters, etc.) of the university community long after they’ve graduated. For professional membership networks, community leads to an increase of engagement which enhances mentorship experiences for both the mentor and the mentee. For businesses, a solid community improves the workplace experience for current employees, and it leads to rehires and/or new business-to-business relationships for alumni.

And, across all sectors, being a part of a workplace community increases mental wellbeing for all individuals. This is something that is worth prioritising of its own regard, but it’s furthermore associated with better employee engagement. Community building is (sometimes) hard work, but it pays off in innumerable ways.

At the end of this 7-part series, we are going to take an in-depth look at the specific benefits for these different sectors. Make sure to subscribe in order to be notified when we post new content that is relevant to your company context.

In the next post, we will be exploring some of the most notable moments in human history in which community-formation and community action have been central to success.