Communities Throughout History: How and Why Community Formation Led to Success

Our last post in this 7-part series defined communities as groups of people who intentionally engage and interact with each other for a purpose beyond their own individual self-interest. Communities are and have always been a catalyst for success. Here, we consider how community-formation and community actions are literally the foundation of our human species, and we highlight a couple of other more recent examples of how communities have played a key role in some pretty notable successes. 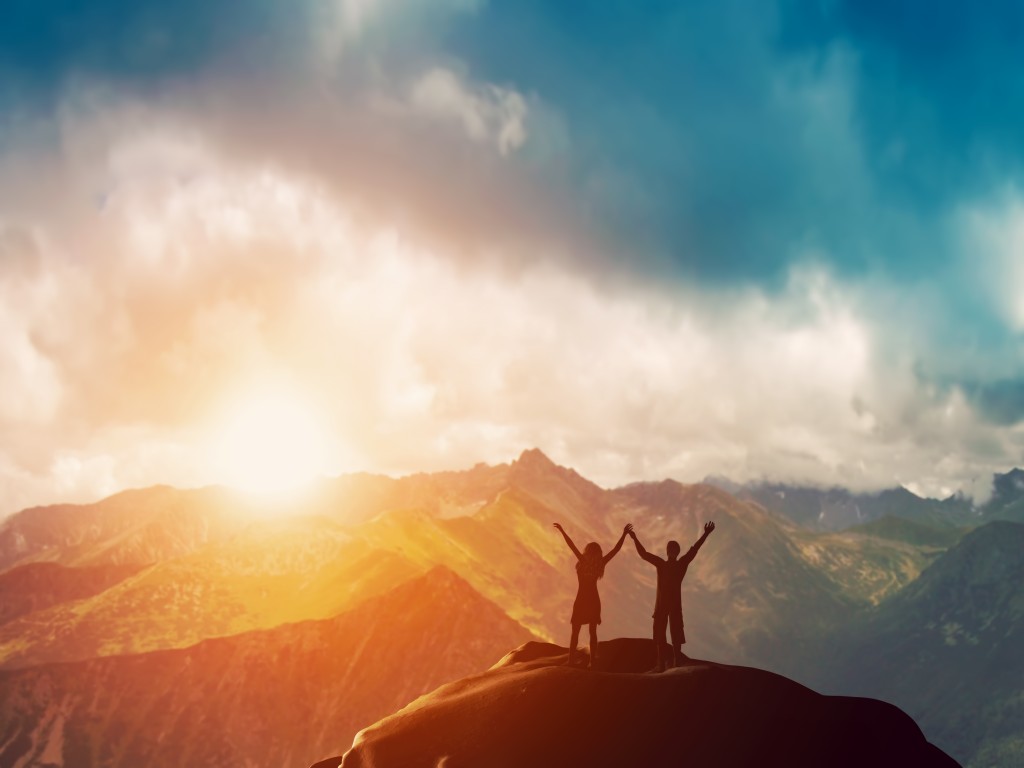 Have you ever wondered what distinguishes immensely successful people from mediocre ones? Many people have pondered this key question. In 2005, Richard St. John delivered a 3 minute Ted Talk about the secrets of success. The talk has since been viewed over fifteen million times and has been translated into 75 languages. Here are the 8 things that he said are central to success:

We love this list and think it’s a phenomenal starting point for thinking about success on the individual level. But here’s the catch that a lot of people miss when they talk about success: an individual’s success does not actually occur in isolation. True, an individual’s success often correlates with the list of attributes mentioned above, but it is also due to the people they are connected with through community. 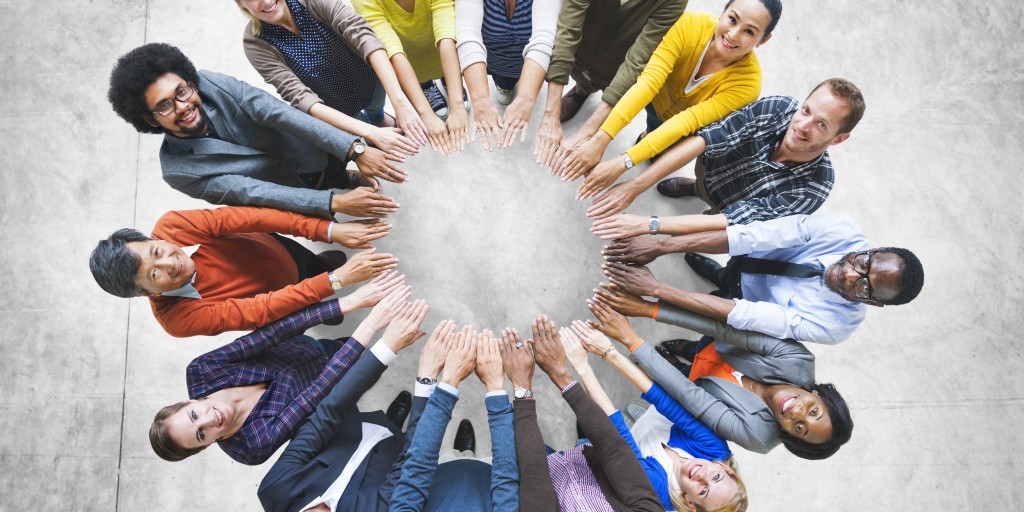 The notion that any single individual endeavour could exist in isolation from others is still relatively new–it’s a byproduct of the West’s focus on individualism in the early 19th century–and it’s a fundamentally flawed concept. Diverse contexts across the centuries have taught something different: that individuals are integrally connected to everyone around us.

In the 4th BCE, Aristotle declared that the individual “is by nature a social animal…Anyone who does not partake of society, is either a beast or a god.” The 17th century poet John Donne famously penned “No Man Is An Island” to refer to the ways that we all influence others (and are influenced by others!) in an ongoing cycle.

Present-day researchers are uncovering new data which confirms these age-old concepts. In his book, “Invisible Influence: The Hidden Forces that Shape Behavior”, international best-selling author and marketing professor Jonah Berger writes about the microscopic and subtle ways that people around us concretely influence our behavior and thoughts.

If there’s one main point to take away, it’s this: none of our thoughts or actions, including the ones which bring us success, occur in a vacuum. 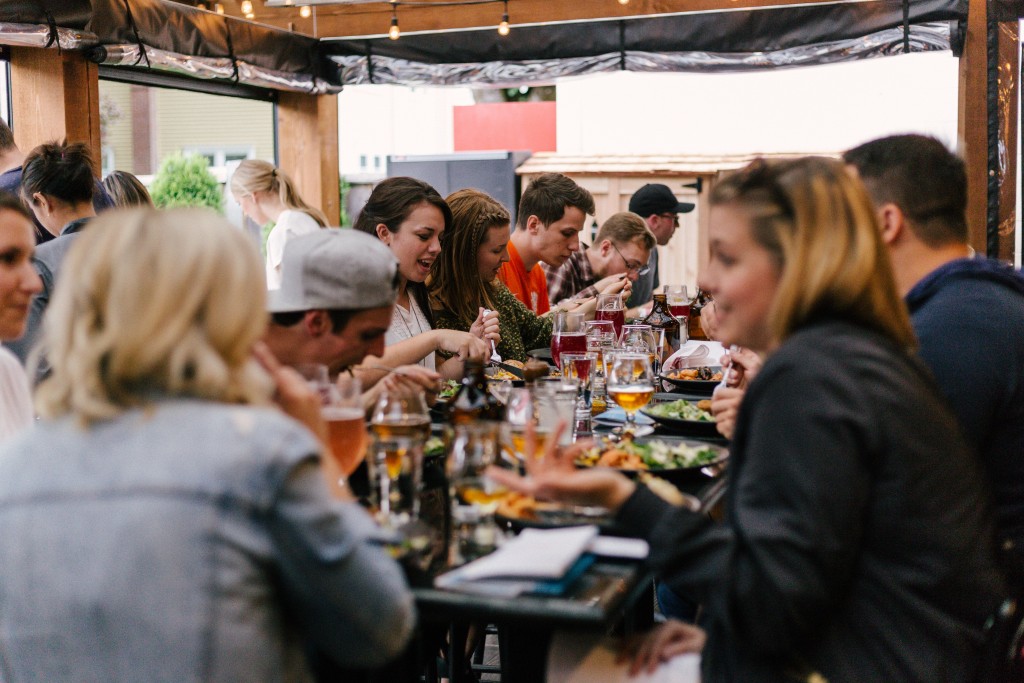 What does our interconnectedness mean for us as individuals?

Recognizing that we’re not actually going about our endeavours alone and that, in fact, we are constantly influenced by a host of other people should make us want to do two things:

1. Identify the individuals and societies around us who are already influencing us, including in the “invisible” ways.

This can be a rather complex process that requires loads of self-reflection and awareness–whilst it is fascinating, it’s not what we’re focusing on here. If you’re interested, you could start with an overview of how culture shapes our understanding or learn how to outsmart your own biases by using tools like Harvard’s bias test.

2. Intentionally surround ourselves with the types of people who we want to be influenced by.

This often takes the form of purposefully plugging into a network of people whose values and intellect we respect, and with whom we share common interests/goals, and where we can ultimately feel a sense of belonging. THIS kind of network and community formation is what we at Aluminati really care about. So let’s turn our attention back to what it looks like when we’re surrounded by people who naturally drive us towards success. 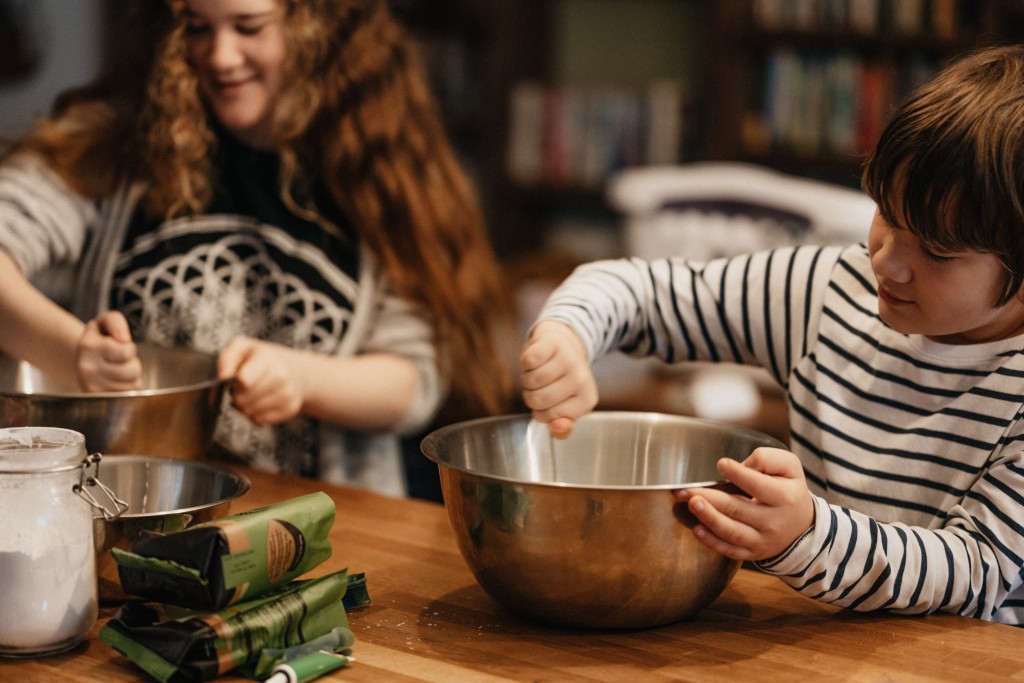 Did you know that community cook-outs might literally be the reason that we exist?

No, we don’t mean that we exist to cook and eat together, although there’s plenty of examples of how coming together around a communal meal can form close-knit communities. We instead mean that communal cooking was a key factor in the evolution of our species.

As the neuroscientist Suzana Herculano-Houzel explains, our homo-erectus ancestors first developed the ability to cook their food about 1.5 million years ago, with the innovation of fire-making. Cooked food meant that more caloric energy could be absorbed by the body with every bite. This lessened the high demand for food intake and allowed more time in the day for other pursuits. It is extremely likely that cooking, as well as other necessary daily tasks, were shared amongst the community group in order to optimise time spent. More “free time” led to more innovation, which in turn allowed the brain to gradually increase in size: eventually, the homo-erectus brain (about 60% the size of ours) evolved to our homo sapien brain.

So the simple act of cooking–or, more specifically, the large amounts of time that cooking food freed up–resulted in what evolutionists now recognise as a rapid increase in brain size and brain complexity. 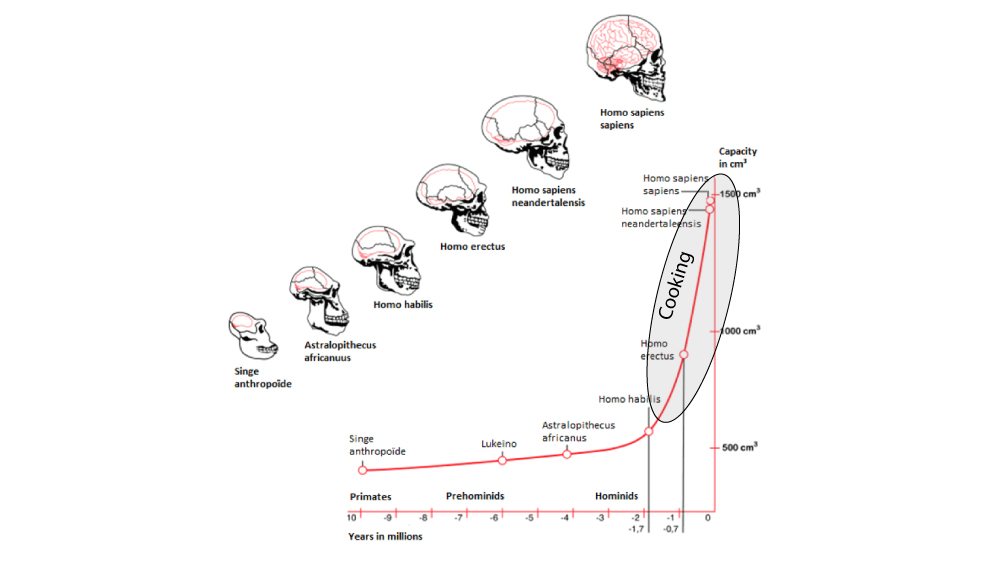 Does the result of communal cooking (=the evolution of homosapiens) count as a success? Most of us would say so!

Without a doubt, the reason that the complexity and size of our ancestors’ brains could grow into what eventually became the kind of sophisticated brains we now all have is on account of community formation and action.

This community-based ability to cook food was a key foundation that led to all of the rapid innovations that followed: the various hunter-gatherer and agricultural societies which formed, the tools they created, and all the other innovations that led us to our present modern age could all be pointed back to the ability to light up a fire and cook a meal together.

Ever since it led to the evolution of our species, community-based innovation and success has only deepened as the centuries have passed by. 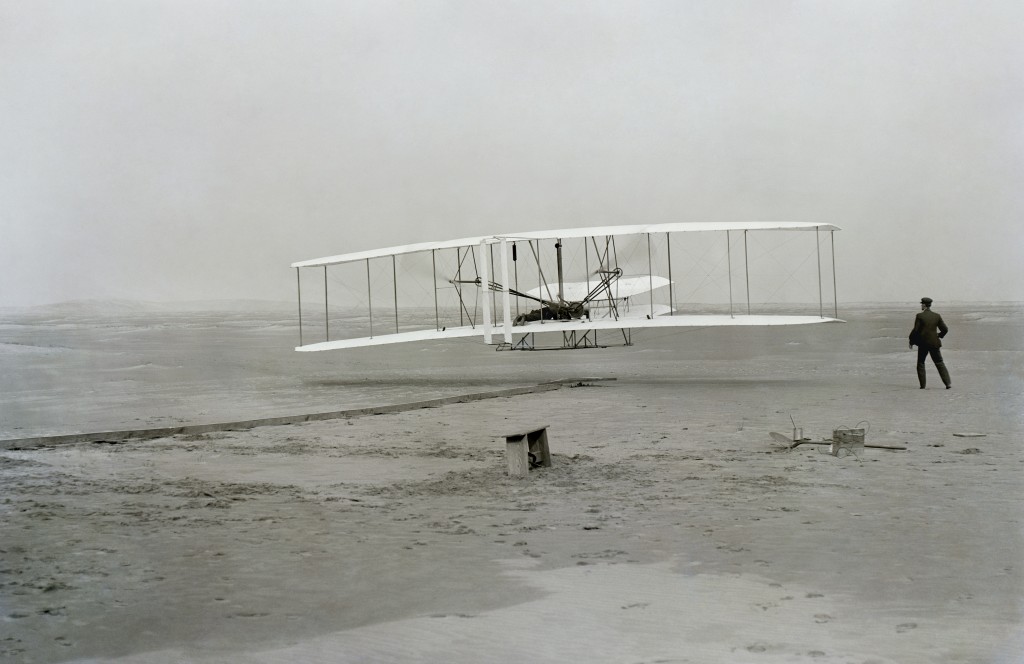 What positioned the Wright brothers for success? They did not have any formal education, connection to a university, or external funders. They were bicycle salesmen, and they used funds from their bike shop to finance the Wright Flyer. But, importantly, they had a community that supported them.

Orville Wright adamantly corrected a journalist who said that the Wright brothers had no advantages: Orville described having “unusual advantages in childhood, without which I doubt we could have accomplished much…..” and went on to speak of the many ways that he and his brother were inspired by their family and other community members. Indeed, their childhood community formed and shaped their adult selves. In the midst of tackling the aviation challenge, they also recruited people from within their community networks, including making use of the skills and labour of their fellow bike mechanics when designing and building their aircraft.

So, while the Wright brothers absolutely possessed many of the 8 characteristics for success described by Richard St John, they also had much more than that: they had the power of an engaged community behind them. Langley had a network of professionals, which on the surface could appear like he had a thriving community, but it seems that he lacked the passion that the Wright brothers had for the craft: when the Wright brothers took flight, Langley got discouraged and bitter and he gave up. Passion was a central part of the Wrights’ overall success story.

What we take from this “Wright lesson” is that success comes both from an individual’s drive to success (something the Wright brothers had in abundance!) and an engaged and supportive community. 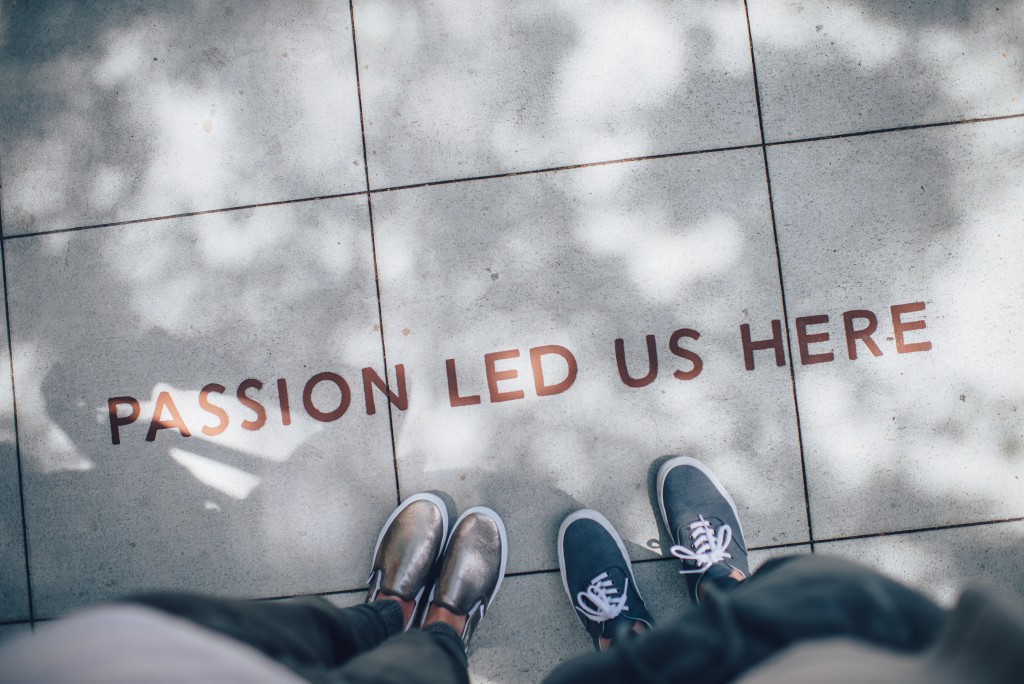 If we know that our successes do not just come from having passion, working hard, practising lots, focusing, pushing yourself, serving others, coming up with creative ideas, and persisting in the midst of challenges, but also are due to the communities we are connected to, then we ought to spend some time ensuring that we are intentionally connecting to people who will inspire and support us.

And if you are concerned with the development, wellbeing and success of your people – whether they are the students or graduates of your university, members of your professional networks, or employees in your company –  then you should prioritise building a community to inspire and support them.

Our next article in this series is going to shift our focus from communities as a broad concept to the individuals within those communities and examine the spectrum of diversity that individuals bring to a wider community.